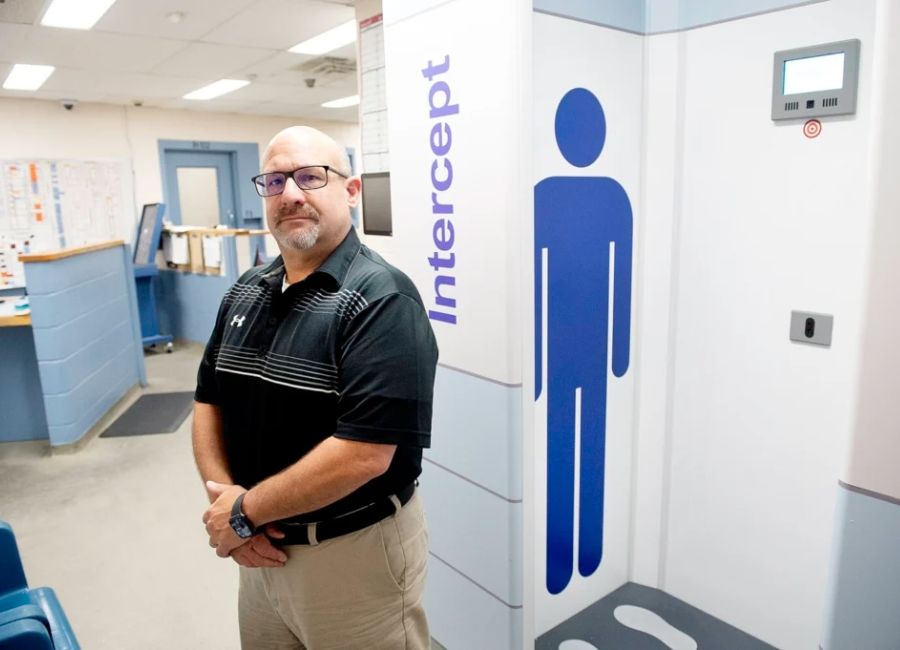 AUBURN — The Androscoggin County Jail has a game-changing weapon to stop drugs, weapons and other contraband from being smuggled into the facility.

The new Intercept body scanner, in use since early June, has given the county Sheriff’s Department the upper hand  in keeping inmates and staff safe.

The unit is manufactured in the United States by Tek 84. Using X-ray technology, the machine scans the inmate from head to toe, searching for metallic and nonmetallic items that may be hidden in clothing or in a body cavity.

As a sign that the machine is doing its job, no one has been caught attempting to smuggle in drugs or other contraband, he said. When advised that they will face more serious charges if they are caught trying to smuggle contraband into the jail, several inmates confessed they had something hidden and turned it over to authorities before getting scanned, Chute said.