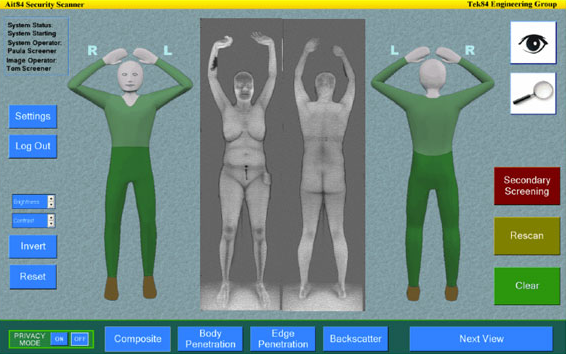 A full-body scanner is a device that detects objects on a person’s body for security screening purposes, without physically removing clothes or making physical contact. Depending on the technology used, the operator may see an alternate-wavelength image of the person’s naked body, or merely a cartoon-like representation of the person with an indicator showing where any suspicious items were detected. For privacy and security reasons, the display is generally not visible to other passengers, and in some cases is located in a separate room where the operator cannot see the face of the person being screened. Unlike metal detectors, full-body scanners can detect non-metal objects, which became an increasing concern after various airliner bombing attempts in the 2000s.