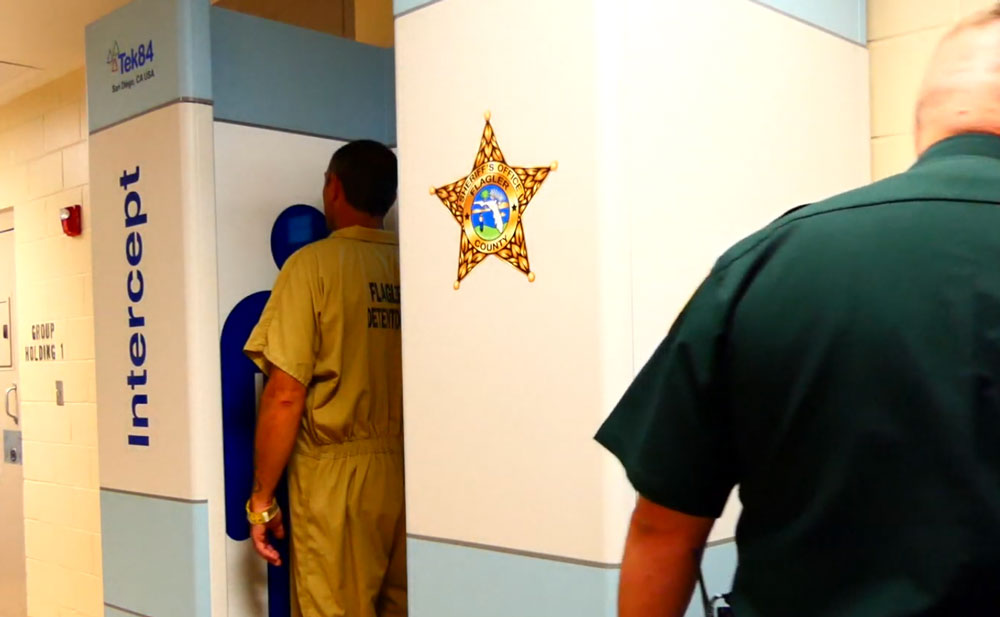 Some of the contraband individuals booked at the Flagler County jail have tried to bring in includes cell phones, drugs, pocket knives, razors, razor blades, a screw driver, cigarettes, cigarette lighters, and “a few syringes,” as a sheriff’s spokesperson described it.

The addition of a $149,000 full-body scanner to the booking process is intended to reduce the chance that any contraband makes it past the booking process, but also to reduce the time it takes to search a person getting booked in or returning from a trip to the courthouse, the hospital or a work detail. The scanner is produced by the same company that has provided hundreds of full-body scanners to airports around the country (where everyone is an inmate while in air transport’s custody). The cost of the machine included installation and training.

“Our jail is the first detention facility in the state of Florida to have the Tek84 Intercept Body Scanner,” Sheriff Rick Staly says in a video illustrating the scanner. The agency issued the video this morning with an announcement about the addition.